He Smells Wee Snails in the Cheese Store 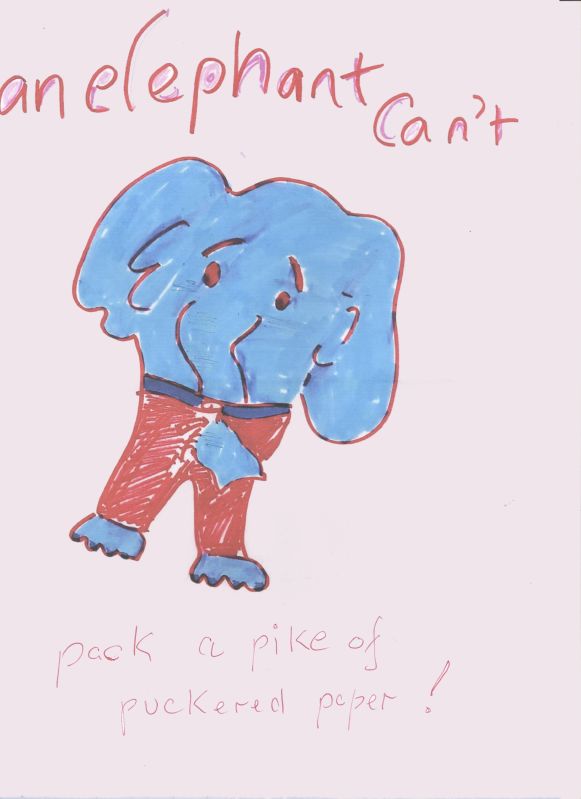 AnElephantCant claim he’s a smart chap
But he used to be dumber than now
If you read this poem
And you think you know him
You are probably wondering HOW?

Now you all know AnElephant tries hard
But compared to the master he is really no use
So he ends this post
With a bow and a toast
To the words of the genius who is Dr Seuss:

But Never Give Your Daddy a Walrus
A walrus with whiskers
is not a good pet.
And a walrus which whispers
is worse even yet.
When a walrus lisps whispers
through tough rough wet whiskers,
your poor daddy’s ear
will get blispers and bliskers
(Copyright Dr Seuss, magician)

7 Responses to He Smells Wee Snails in the Cheese Store