View from Above – Alastair’s Photo Fiction

Posted on September 8, 2013 by AnElephantCant

Sunday morning, so Alastair’s Photo Fiction Challenge time again.
And a strange picture (below) which triggers strange thoughts in AnElephant’s strange head.
He asks that you try to visit and read the great stories by his photo-challenged fellows.
Thank you. 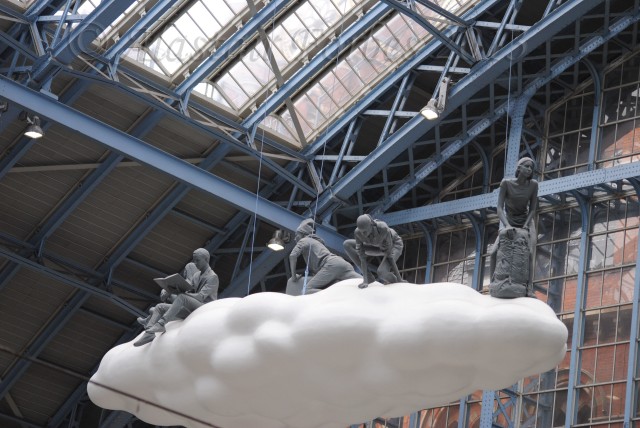 He spends ten days on the ground, scoping the town, a typical tourist.
At night he studies maps, distances, elevations and angles.
Yesterday he came again to the Maures Mountains, finally deciding on this spot.
The first shot, to the beach, is the longest but least critical.
He sights on a group of teenagers at the water’s edge, picks the largest one facing him, squeezes the trigger, watches him fall.
His second rifle is trained on the market, 400 metres west of the beach, and 200 nearer to his position.
He shoots a man selling vegetables.
His third weapon, a McMillan Tac-50, is trained on his target, who is sitting by a pool almost half a klick from the beach.
This bullet goes through the heart.
He adjusts slightly and shoots a woman back-packer in the street, then goes back to his second gun and kills a man sitting reading in the town square.
He meticulously clears his space and slips away.
By the time the gendarmes piece things together he will be long gone.
By the time detectives arrive from Marseille he will be halfway to Scotland.
The family of the man by the pool will get the message.
The others are mere window dressing.

19 Responses to View from Above – Alastair’s Photo Fiction